Offers adapted to campers including service area in Normandy

During your camper trip in France, do you drive through Normandy near Deauville, Lisieux or even Bayeux? Come also see the attractive department of la Manche! The campsite Le Cormoran is situated by the sea near Sainte Mère Eglise, for a peaceful break. Services area, stabilized or grass pitch, electricity, laundry and many others services in our 5-star establishment are waiting for you during your tour of Cotentin.

Three camper offers according to your needs

Depending on the length of your stay and on the equipment you need, choose the option that will suit you best. Stop-over offers provide you with a secure place to park and make you enjoy a discounted rate due to late arrival. For any stay, access to our service area is free. All the packages below give you an access to all campsite facilities (swimming pool, washing machine, tumble-dryer, bar, take-out food…)

1 package for one-nigh stop over stayOn tour towards Cherbourg or the harbour of Barfleur, motorhome travellers will enjoy our motorhome package « Stop-over ». A perfect overnight stay for campervan users who whish to discover La Manche, from Cherbourg to Mont Saint Michel, through the D-Day landing beaches.

One-night stay on camping pitch with electricity.
Arrival after 6 p.m and a departure before 10 a.m .

For one nigh or longer on a camping pitch with electricity.
Arrival : 1 p.m – Departure : Noon
Choose between 3 types of camping pitches : Tourism, Comfort or Premium.

Our motorhome pitches are :

Find the pitch that will suit you best. From 90 to 140 m², some are outfitted with an electrical connection of 6 Amps and others with 10 Amps. Comfort pitches are equipped with a water point on the pitch whereas Premium pitches offer a private bathroom with shower, wash basin and toilets.

Two service areas are at your disposal for water draining and filling. They are in free access and included in the price of your stay. However it costs 5 € if used without any stay.

Useful facilities on the spot

Many practical services will facilitate your stay :
Pizzeria in the evening : book your takeaway homemade pizza and French fries in the evening,
Grocery : fresh bread and pastries in the morning,
Sanitary : with washing machines and tumble-dryers.

To discover easily our beautiful region, we offer you 2 cars for rent to explore the Normandy coastline.

If you prefer to discover the coast by cycling with your loved one, children or friends, rent our bikes ! Many hiking trails and quiet roads from the campsite will lead through a protected nature in the heart of the regional natural park. A way to discover architectural and natural treasures of Normandy.

You can easily reach the museum of Utah Beach by bike, cycling along the landing beaches, go to the 18-holes golf course of the Cotentin peninsula or visit the Crisbecq batteries.

Leisure activities at the campsite 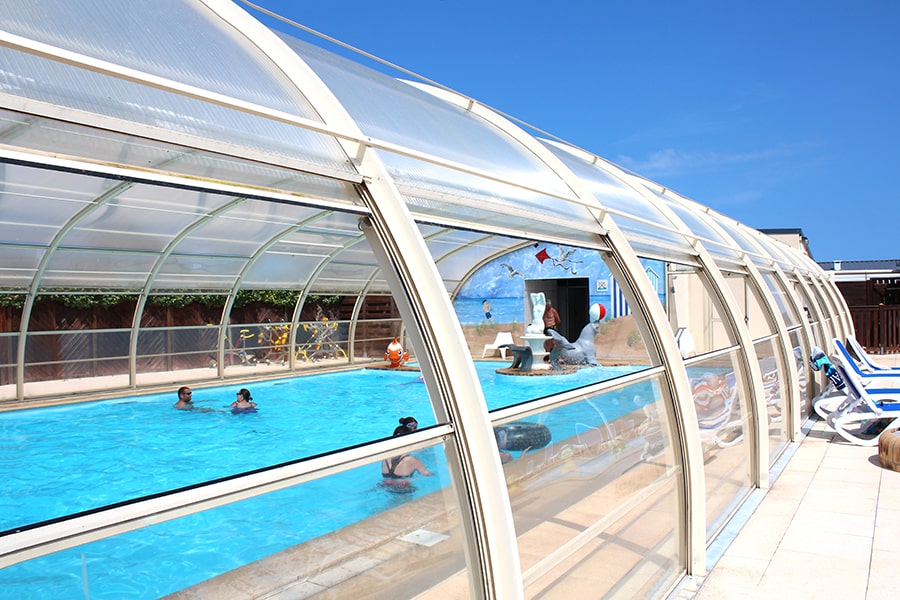 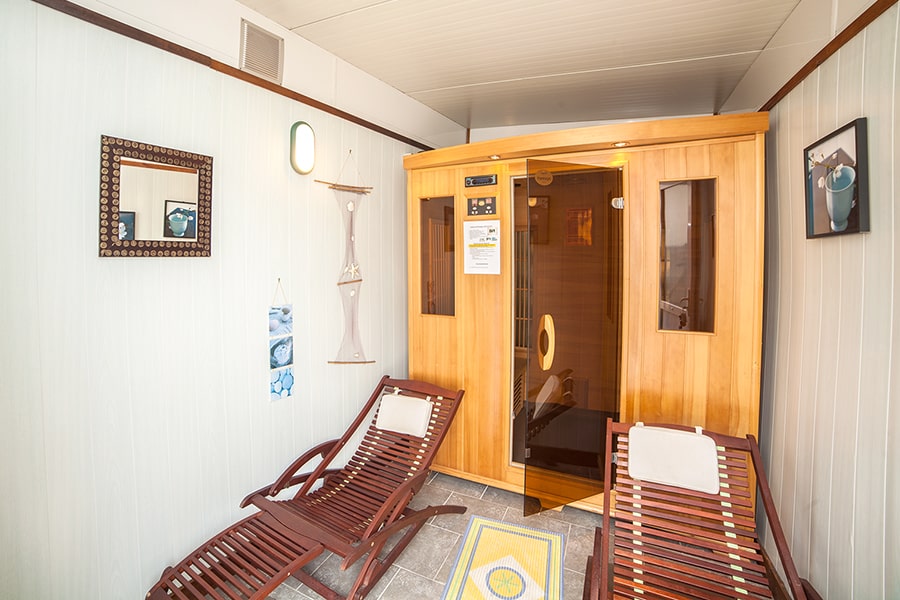 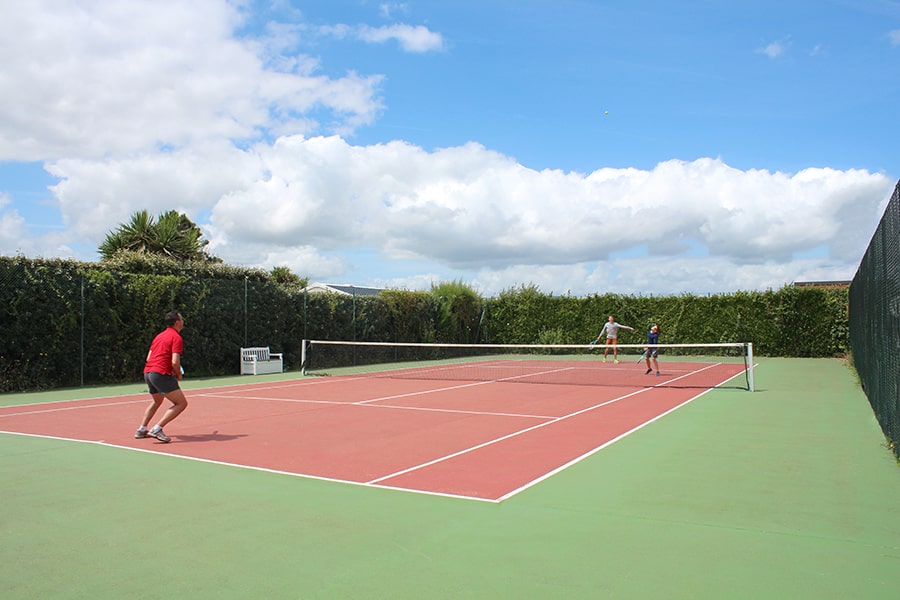 Many playgrounds are present on the campsite for the joy of children. In the morning, make a royal breakfast with fresh bread and pastries before leaving for a peaceful walk on the beach, in front of the campsite.

Come for one night and let yourself be seduced by our warm welcome and our service quality. You will certainly want to try a longer stay.

Near Ravenoville, the Cotentin farm-museum takes you back to the daily living of a grassy farm in the beginning of the XIVth century where you can taste good regional products. Visit the villages classified among the most beautiful of France such as Barfleur or Beuvron en Auge (creative craftsmen’s village). The Pays d’Auge is well-known for its traditional character, with its numerous typical half-timbered houses of Normandy. Embark for a guided tour aboard the Barbey d’Aurevilly II to discover the magnificent landscapes of Norman bocage during this river stroll at the heart of the Parc des Marais of Carentan.

If you come from Cabourg or Honfleur, follow the cost up to the historic sector of the landing. You will find on your road numerous museums and places of remembrance of the events of the 6th of June, 1944. Visit for example the museum of the Atlantic Wall in Ouistreham, then go to Port en Bessin in the sector of Omaha Beach to discover the Overlord Museum in Colleville-sur-mer. You can also honor Canadians soldiers in Juno Centre in Courseulles sur Mer and admire the remains of the artificial port of Arromanches les Bains. Going up the East coast of La Manche, once you are in Isigny, you entered the Cotentin peninsula. The campsite Le Cormoran is situated on the American landing sector of Utah Beach where Sainte Mère Eglise and Carentan had an important role during the Airborne operations.

For other ideas of outings, we are at your disposal at the reception to help you finding your next destination. You can also consult our “Tourism” page. 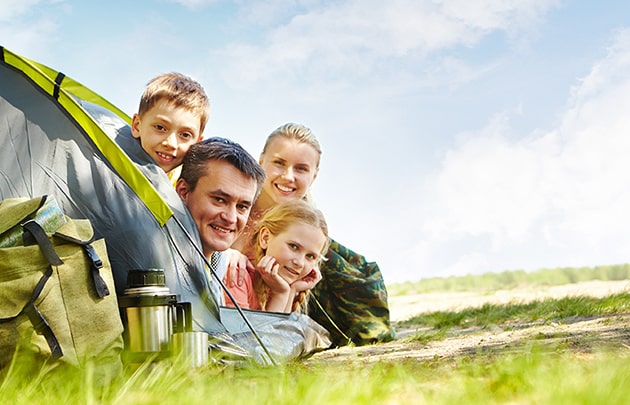 Our different kind of pitches for tent, caravan and motorhome. 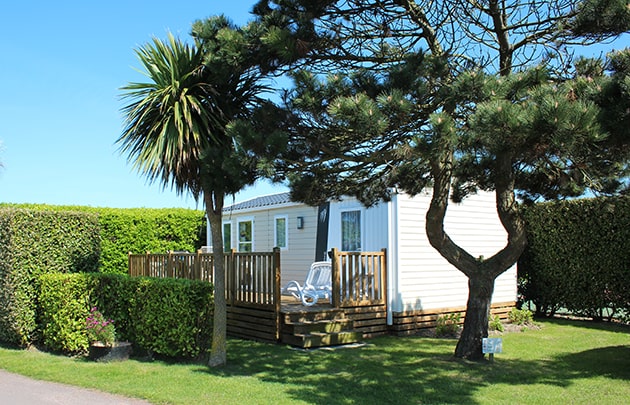 Opt for comfortable holidays in a waterfront rental. 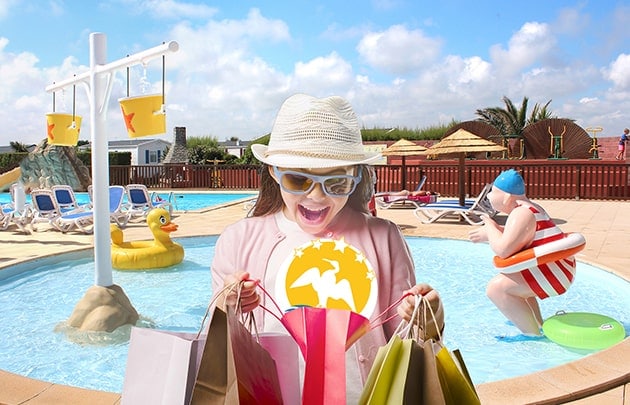 Take advantage of the best of our offers by consulting our page promotions.

Looking for an escape just for a weekend? Discover our suggestions of stays in low-season with an activity included.

Allows you to analyze the statistics of visits to our site via Google Analytics.
This data is shared with the Google Ads advertising network and is therefore used to personalize the targeting of advertisements.